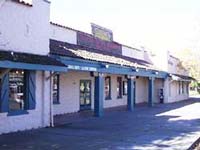 The year 1968 saw the birth of the counter culture's influence on Cotati. The Inn of the Beginning came alive and brought nationally and internationally recognized musicians to Sonoma County. The major forms of music played were rhythm and blues, rock and roll, country and western, and folk.

Coffeehouses have played a significant role as gathering places for the so called "Cotati counterculture" since the 1970s. The Last Great Hiding Place was popular in the mid-1970s, with couches and armchairs in front and a theater in back. Many significant dramatic events and much political planning took place here.

When the Hiding Place closed, coffeehouse habitués found a new if somewhat isolated home at the Cotati Donut Shop in the Rancho Cotate Shopping Center.

Soon after the Cotati Donut Shop closed, Lindy's New and Delicious opened, and the caffeine faithful flocked in, glad to be back in the central part of town and grateful for the couch, the art on the walls - and especially the typewriter. 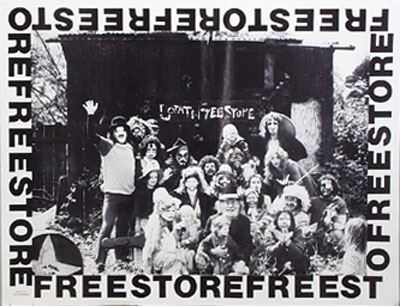 The Freestore was a large shed from which many Cotati citizens outfitted themselves without charge. Vito Paulekas and others constantly organized the steady flow of cast-off clothes, shoes and accessories that were left there, creating a treasure trove of "finds" for indigent browsers. The "store" burned down and was rebuilt, vandalized, and cleaned up again, surviving until 1983 when it was crushed flat by a semi-truck. Its influence was great on that peculiar style of dress known as the Cotati look.

In 1969, Irving and Irene Lipton closed their downtown variety store, and Brad and Liza Loop leased the building, delving into local history for its name: Cotati Company Number 2. They rented space as small as 12 feet square for as little as $10 a month to youthful entrepreneurs.

People built booths, clothes racks, or whatever they wanted, and went into business selling everything from comic books and rolling papers to candles, jewelry and clothing. The enterprise bustled along with ten or more merchants under one roof for almost two years until a fire closed it down. 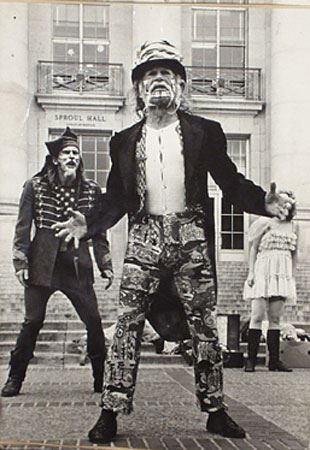 The Bandstand & the Rebirth of La Plaza Park

Vito Paulekas and Karl Franzoni were threatened with arrest while building the bandstand in the Plaza - an "illegal structure" not sanctioned by the city - but they prevailed, and the bandstand, born to controversy, began its stormy life.

The grass was made to turn green. Picnic tables, benches and swings were built and installed by concerned citizens - often for free - and gradually La Plaza Park became the comfortable gathering place it is today. 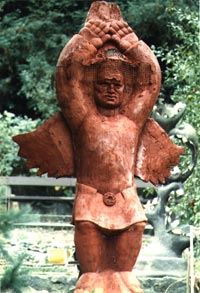 Residents of George and Arthur Streets by 1978 had had enough of the 3000-plus cars per day which were using their residential neighborhood as a high-speed shortcut. They organized and descended upon the City Council, convincing them to block Arthur Street at East Cotati Avenue, stopping through traffic.

Many people who didn't live in the neighborhood took strong exception to the street closure, and a long, fierce battle began. The barricade became a major political issue, and source of battles before the council, planning commission and in the courts. Finally, in June, 1983, the City Council took the final legal step to declare the barricade permanent.

The George-Arthur Streets neighborhood has changed dramatically since the barricade was installed. Children now abound, their parents willing to settle families in such a traffic-safe environment The streets themselves, with their open ditches, free-form parking and sparse, slow-moving traffic, are reminiscent of a quieter Cotati of years ago.